Research Centre of the Slovene Academy of Sciences and Arts, France Stele Institute of Art History

kindly invites you to the International Conference

More than a quarter of a century since the adoption of the Athens Charter, which established the principle of a functionalist town at the 4th CIAM (Congrès internationaux d’architecture moderne) congress, presents a period long enough for a renewed critical evaluation of its principles and an analysis of the development of housing estates, which were founded on these principles. One such example is Nova Gorica, a town built after the Second World War next to the newly delineated border between the socialist Yugoslavia and the Republic of Italy. From today’s perspective, Nova Gorica represents a pendant to the town Gorica (Gorizia) in Italy, the former historical medieval and modern-day centre of the region, while it is also an excellent example for carrying out comparative scientific research on how these types of towns were created, how they developed in the following years, and how they adjusted to various economic, political and social circumstances. Conference will aproach questions such as the extent to which the original design of modernist towns and neighbourhoods were carried out and if/whether they are settled in the minds of general and professional public as an important urban heritage, worthy of being known and preserved. What kind of dilemmas does monument protection encounter in the preservation and renovation of modernist towns? How much influence did new urban theories and the critique of functionalist planning have on their further development? To what extent did the advantages, as well as shortcomings and inconsistencies of this type of planning mark the establishment of new buildings in a town and influenced the placement of visual art in public space? All these cases will be examined on examples of newly established functionalist towns in other, European and non-European countries.

All presentations will be simultaneously translated into English or Slovene.

The conference will be held simultaneously by zoom web conferencing. As the number of participants will be limited, pre-registration is required. All the information regarding the registration and the conference programme you may find at
https://www.zrc-sazu.si/sites/default/files/vabilo_na_konferenco_anglesko_avgust_final_3.pdf.

THERE IS NO REGISTRATION FEE.

We look forward to welcoming you.

This website uses cookies to improve your experience while you navigate through the website. Out of these cookies, the cookies that are categorized as necessary are stored on your browser as they are essential for the working of basic functionalities of the website. We also use third-party cookies that help us analyze and understand how you use this website. These cookies will be stored in your browser only with your consent. You also have the option to opt-out of these cookies. But opting out of some of these cookies may have an effect on your browsing experience.
Necessary Vedno omogočeno
Necessary cookies are absolutely essential for the website to function properly. This category only includes cookies that ensures basic functionalities and security features of the website. These cookies do not store any personal information.
Non-necessary
Any cookies that may not be particularly necessary for the website to function and is used specifically to collect user personal data via analytics, ads, other embedded contents are termed as non-necessary cookies. It is mandatory to procure user consent prior to running these cookies on your website.
SAVE & ACCEPT 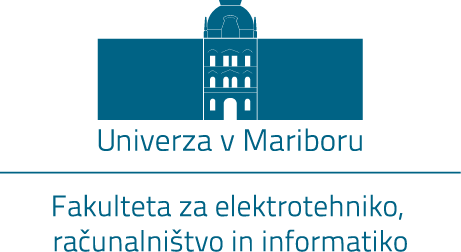